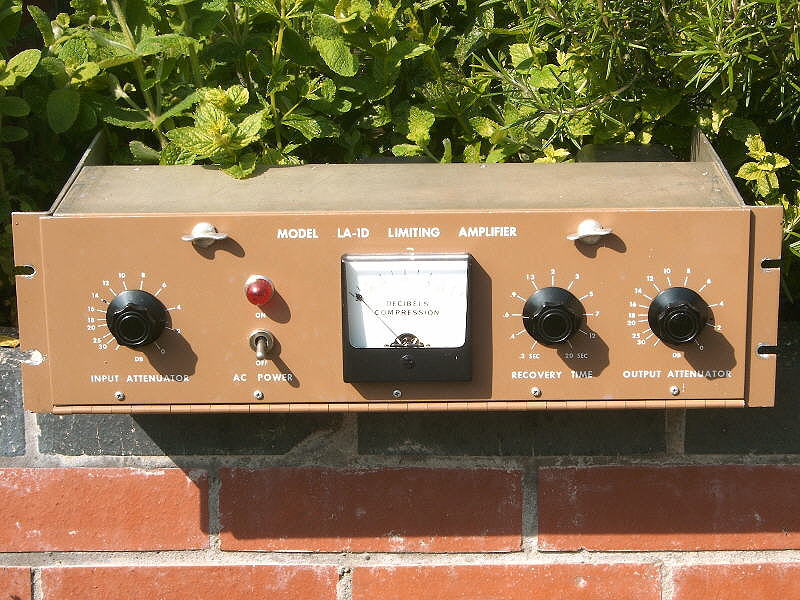 If we go back to the very basics of the compressor, it is designed to compress the sound, i.e., lower the overall volume (which we’ve learned can then be raised to give an overall louder impression). The limiter work in a similar fashion in that it also deals with the dynamics. Again, the name of the unit gives it away – it sets a limit to where most of the signal won’t be able to pass. The type of limiting that stops all sound at a certain level is sometimes referred to as “brick wall limiting”. Now look at the picture at the top again and laugh at my wits!

So back to the controls, if they are the same, wherein lies the difference? Basically in the ratio that can be set. At higher ratios the compressor is considered a limiter. So how high ratio is required for a unit to be called a limiter? This might strange, but there really isn’t any rule to it. While a compressor often goes from 1:1 to 10:1, many considers a limiter to have a ratio from 10:1 to 100:1 or even more. Why not build something that goes from 1:1 to 100:1 then you might ask? It’s done. There are a lot of units that are labeled as compressor/limiter, so the industry is way ahead of you. For a limiter to be considered brick wall, I’d suggest a higher ratio than 10:1, maybe 20:1 or even more.

The basics of limiters are easy to work. Most limiters use a fast attack time and, as said over and over again, a high ratio. The it’s up to you to set the threshold. Limiters are on of the reasons why the commercials are so horrible loud. You can really raise the volume with the limiter. If you crush the sound too much though, it will not only be entirely without dynamics, it will also have some rather ugly distortion that you most likely won’t want there. Perhaps the most common way to use a limiter is “for safety”, to avoid clipping the signal when you record something.