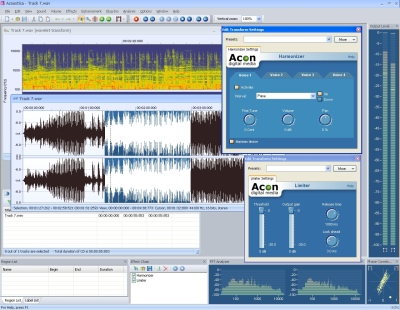 I hadn’t heard of Acon until today when I saw an announcement for another put-these-loops-together-and-you’re-a-rockstar program called LoopWorx. I decided to looked at it a little more closely to see if it could be of interest to podcasters, but instead I stumbled upon another program from Acon called Acoustica.

It’s cheap ($39.90 for the standard version), has DX and VST plug-in format support, and from the looks of it seems to have quite a few tools included as well. I haven’t used it, but it seems like it could be worth to take a look at fro people who want to get into more detailed audio editing.

It’s Windows only by the way.