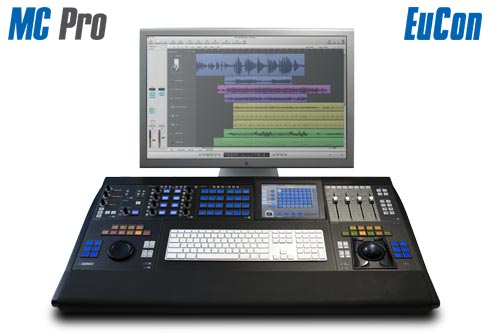 In a previous post I talked about podcasting on a budget. There are a lot of good cheap stuff out there, but for those of you swimming in dough, here’s a post on some more high-end podcast gear when money isn’t an object.

Regardless of budget, I find little reason to record to anything else than your hard drive for podcast. Some might suggest cassette but I won’t. There are a couple of different companies out there that makes high quality interfaces. Two popular are Metric Halo and RME. Metric Halo’s ULN-2 and 2882 would probably be a great choice if you’re looking for portability (field recording etc.). RME have plenty of options out there, including for MADI. They make both PCI and firewire interfaces. 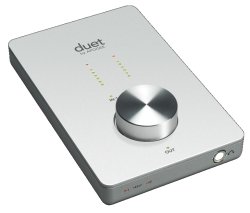 Another favorite would be Apogee who’re currently deep in bed with Apple so if you’re on Windows or Linux you’re out of luck with Apogees later products. This is unfortunate because they’re good! One example is Duet (picture above) which would be an awesome portable solutions if you only needed few inputs. If you need more inputs, the big brother Ensemble would be worth considering. As a fourth option I’ll mention Digidesign. Their software Pro Tools is industry standard when it comes to music, but I honestly don’t see great benefits in it for podcasting. If you absolutely want to use Pro Tools you’ll need a Digidesign interface (it won’t run otherwise), if you don’t care about Pro Tools I suggest getting a interface from one of the above manufacturers.

Even if you have plenty of money to spend, I don’t really see a big reason with going with anything other than something like a Shure SM7 (pictured below). It’s not very expensive for a microphone actually and is generally considered great for speach and music. I believe it was built to be a broadcast microphone. 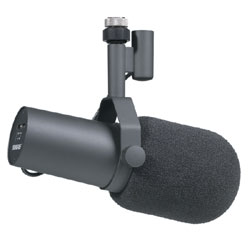 Sennheiser MD 421, and Shure SM57 have both been used by presidents so I guess they would work for the working man as well. Again not very expensive microphones.

Depending on how you want to work you might gain from using a mixer or a controller. If you think about doing your mixing in the computer software then perhaps you could look at something like the Euphonix Artist series featuring edit controls, motorized faders and a touch screen. If money absolutely is no object and you want to go über hi-end, have a look at their “professional products”. The MC Pro (picture at the top) might look like just a little more than a computer keyboard and a trackball, but I’ve played around with one of those and they’re insanely well built and thought out (and sell for something like $16k).

They also have a section on broadcast specific products on their website. Warning! The prices on these products are not for the faint hearted and I can only think that everything there’s overkill for podcasting, but I thought I’d mention it as a parallel to high-end broadcasting.