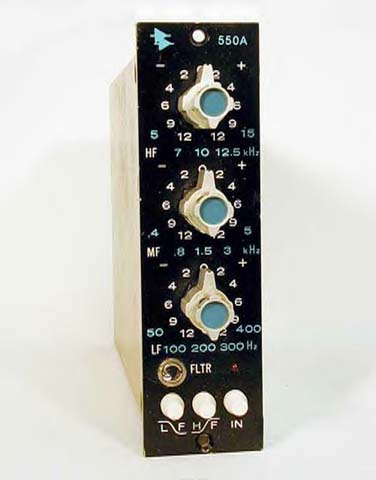 Today we’ll discuss the EQs practical use. While it might not be as important for general podcasting purposes as it is for music, there really isn’t any reason for you to not at least try it out. If you’re unsure on the terms used in this post, then read my previous post on EQs.

As I said in the previous post, you should treat the EQ as a volume control for different parts of a sound itself. For instance, you could boost the volume of the bass sounds that a guitar produces and at the same time lower the volume of the higher (“brighter”) tones. But why would you need this for podcasts which many times is just a little more than a simple voice? To make the overall listening pleasure easier and to make a voice more clear.

You could apply equalization to the entire mix (that is, the same EQ curve to all the tracks) but you should be careful doing so. For instance, if you have a jingle in the beginning of your podcast then that will be affected as well. Also note that different speakers sounds different, meaning that while you might think bumping up the higher frequencies on your computer speakers is a great idea, it might result in a lot of hiss and horrible s-sounds on your other listeners speakers. Generally you should apply EQ carefully, don’t go boosting 12dB or anything like that.

First of all, there are a whole lot of different EQ:s on the market and the price ranges from free to insanely expensive. And yes, they are different in quality, because the price is usually not set by features alone, but by how the EQ “sounds”. These days many prefer analog or analog sounding EQ:s as opposed to digital dittos. Personally I don’t care, I use those that I like, not analog or digital in particular.

URS makes software EQ:s that emulate old hardware while Flux has a completely new digital and great sounding EQ called Epure. Sonnox (previously Sony Oxford) has the Oxford EQ, one of my favorites, that emulates the EQ in the old Oxford console. Roger Nichols Digital has the Frequel-izer which actually let’s you free-hand draw the EQ curve. These are all pretty expensive and for podcasting they perhaps simply won’t be worth the money, at least not for starters. If you have any type of audio editing software (such as GarageBand for Mac users) then you most likely have EQ:s. Start with using these. And as always, consult the manual for description of practical use. 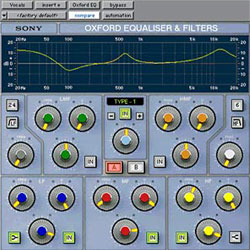 The Oxford is an ugly bugger, but it sounds fantastic.

So how do you know which frequency to cut or boost? LISTEN! That’s it!

Alright, you want some meaty tips? If you use a graphical EQ, set the Q to a narrow value and drag it across the spectrum field until you find a frequency that you like or dislike, then boost it or cut it accordingly. If the recording isn’t all messed up, your changes should be very light, as I said don’t go boosting or cutting no 12-24 dB.