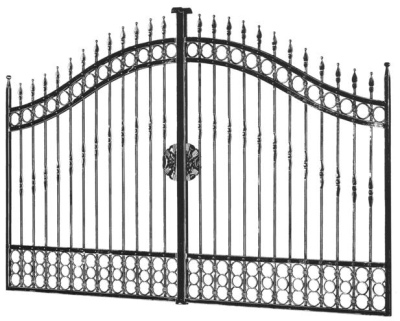 Typically the distinction between an expander and a gate would be the same as between a compressor and a limiter. In other words, if the ratio of the expander is set really high, it acts as a gate. Alright, enough about technical gibberish. What does this mean? Well, it’s in the words! A gate is something that can be open and closed. While the expander tones down some of the signal below the set threshold, the gate will not let any of that signal through at all.

With this in mind, I’m sure you can imagine why the term “noise gate” is pretty common. The gate is ideal for getting rid of unwanted low noise and rumble from bad recordings. So back to the technical gibberish. What are the controls on a expander/gate? And what do they do? Actually, they are typically the same as a compressor, and as with the compressor, the layout of an expander/gate can vary a little. If you understand how a compressor works, and just keep in mind that the expander/gate lowers the signal below the threshold instead of above it, you’ll be all set.

So for podcasting the typical application would be a noise gate to clean up crappy recordings. To make the expander a gate, try setting the ratio really high (remember, this is how much compression we apply). If the expander/gate has a ‘range’ setting, try to initially set it high as well. Now turn the threshold knob and listen carefully what happens. The higher the threshold, the more of the audio will be removed. Make very sure that you don’t interfere with the audio you want to keep. It can make it sound really stabby and ugly. Generally I’d rather keep a little noise than mess up someone’s speech. Now try playing around with the range (if there is one) and the other controls that can smoothen things out a little.

That’s it for now. I hope you have a little more understanding of gates and expanders now than you had before.