Let’s face it, watching comedy TV shows or live stand-up comedy acts every so often is a great stress reliever. It makes us smile and laugh, it exercises our facial muscles and lightens up our mood.

But other than the television and the radio, you can also enjoy these funny talk shows on the internet through the podcasts. The major benefit of having these podcasts is you can just download them and listen at your most convenient time. 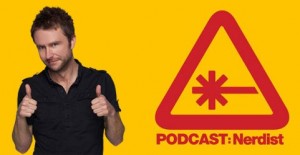 The Nerdist is the top choice of most podcast fans. Considered the funniest, it is hosted by Chris Hardwick who talks with his friends Jonah Ray and Matt Mira and guest about life, comedy and technology. Listen to it to find out how hilarious this show is.

How Was Your Week? features Julie Klausner who is out to share interesting things. She’s talked about inventors and magicians and even drag racing. 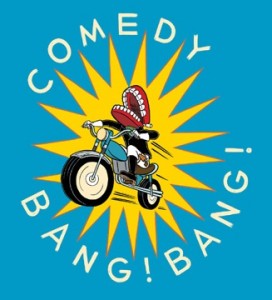 Comedy Bang Bang as its name suggests is a funny show produced by Scott Aukerman of Between Two Ferns. His guests include Weird Al Yankovic, John Hamm, Sarah Silverman and Tim & Eric.

You Made It Weird is full of comedy. The host Pete Holmes is a comedian and he interviews other comedians about their weirdest secrets. Some of those who have guested in the show are Paul Tompkins and Judd Apatow.

Never Not Funny is a weekly podcast featuring producer Matt Belknap and comedian Jimmy Pardo. Listen to witty interactions covering life in the 70s as well as funny talks about issues surrounding the modern world. Just to remind, however, only the first 20 minutes is free.