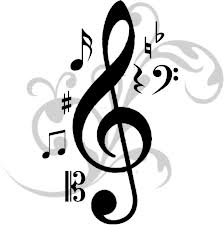 Music lovers need not feel left out of the TV scene, as there have always been great TV shows that do not fail to tug at the hearts of those who need music to put a smile on their faces. Whether you’re talking about shows from decades ago, or shows that are still running, you will definitely find something to enjoy. With a good TV provider, such as SatelliteTV.net, you will not be lacking for options.

More than simply enjoying watching music TV shows, however, you can always put a practical spin to it. Admit it or not, this kind of TV show can give you inspiration for your own podcast. To help you find your inspiration, here are some music TV shows to check out.

Sure, comedy sketches are the first thing we think of when SNL is mentioned – and there is a reason for that. However, we cannot overlook the fact that SNL highlights music regularly. From U2 to Beck to Dave Grohl to Frank Zappa – these music icons have graced the show.

This music TV is one of the longest running in its genre, and it has featured so many music icons as well. ACL has been given the rock and roll landmark distinction by the Rock and Roll Hall of Fame and Museum, and it has also been given the honor of receiving the National Medal of Arts.

Some music enthusiasts may not recommend MTV Unplugged, but how can you not draw inspiration from a show that has produced excellent albums from the likes of Kurt Cobain, Eric Clapton, and Alanis Morissette – just to name a few. The show continues to feature contemporary acts like Florence + the Machine, Train, and 30 Seconds to Mars.

Lincoln Center in New York City is where the show is held, with countless people watching impressive performances via their TV. It first aired in 1976 and has no signs of disappearing any time soon. From philharmonic orchestras to piano performances to ballet to opera – the wealth of inspiration that can be drawn from performances shown is immeasurable.

So you think you need more music in your TV to make your creative juices flow? At least one of the TV shows above should get you going.