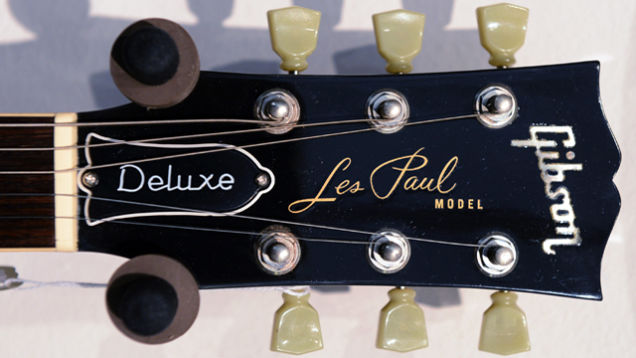 One theory holds that the guitar evolved from the Greek “kithara.” However, this instrument was a square type of lyre. Others believe that the history of the guitar actually dates back more than 4,000 years to an instrument known as a bowl harp or tanbur. These were created and played in prehistoric times. Many examples have been uncovered in Babylonian, Egyptian and Sumerian cultures. The instrument consisted of bowls fashioned from calabashes or tortoise shells and had a bent stick for the neck, along with anywhere from one to 11 strings. Preserved in a number of museums around the world, these early music makers are now considered priceless. There are many modern day guitars that also command a small fortune.

In 2005, this guitar was donated for charity and sold in Qatar in order to raise relief funds to benefit the victims of the tsunami. Bryan Adams established the event. He and more than a dozen celebrity musicians autographed this one-of-a-kind guitar. Originally sold to the royal family for $1 million, the guitar was again donated to charity where it brought another $2.7 million in funds. At a total of $3.7 million, the Stratocaster guitar became the most expensive in history.

Hendrix played this guitar at Woodstock in 1969. Boasting cigarette burns and Jimi’s trademark reversed headstock and backward stringing, the Stratocaster was played until 1990. Later that year, someone at Sotheby’s bought the treasure for $198,000. However, in 1998, Paul Allen, a close associate of Bill Gates, purchased the guitar for $2 million.

The Jamaican government considers this guitar a national asset. Besides Marley, six others had the pleasure of playing the Hawk. Marley initially presented the instrument to Gary Carlsen, stating, “Take it as you will understand later.” Carlsen interpreted the message as meaning he should strive to improve the world. He later established the charity entitled “A Different Way, One Goal.” The instrument was later acquired as a gift through the lottery.

During the year 1970, Eric Clapton stopped in a guitar shop in Texas and decided to retire his Gibson in favor of a Stratocaster. He purchased six vintage models from the store for $100 each. He presented one to George Harrison, Pete Townsend and Steve Winwood. Though he kept the three others, “Blackie” became his favorite. The darkly finished instrument was initially played in 1973. He continued playing the Strat until 1985 when he retired because of neck problems. He gave Blackie to a charity auction in 2004 where it brought in nearly $1 million.

Almost as valuable, the Gibson was played the entire year of 1964. Clapton played the guitar only occasionally in later years. When introduced at an auction, the instrument brought the highest price ever for a Gibson.