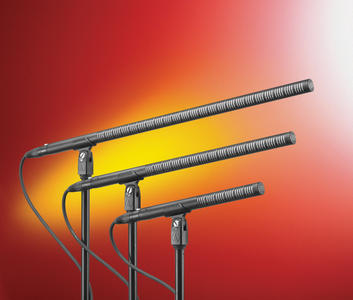 The major trade fair AES in San Fransisco earlier this month saw a whole lot of new microphones. Here are some odd ones that might suite some podcaster out there.

BP4073 Line + Gradient Condenser The BP4073 is the smallest of the three and is particularly ideal for use in ENG and field production applications where a more compact camera may be employed.

The Audio-Technica BP4071, BP4071 and BP4073 Line + Gradient Condenser shotgun microphones will be available January 2009 with U.S. MSRPs as follows:

Audio-Technica also introduced the stereo microphone AT8022 and the BP4025 X/Y Stereo Field Recording Microphone. These were designed for broadcast and professional recording, for use with both audio and video equipment. Both mics also feature a lightweight design, intended for camera-mount use and the like. The AT8022 is designed for use with either consumer or professional gear, while the BP4025 is best suited for professional use according to Audio-Technica. 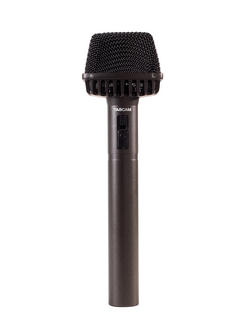 Tascam also showed stereo microphones – the TM-ST2 and TM-STPRO. The unbalanced TM-ST2 is intended for both live recording and for video camera connection. The TM-STPRO has the ability to run on phantom power. Both microphones feature a switchable low cut filter and come with a mic clip, battery, wind screen and protective carry bag.

The Stage One BottleRocket is a transformerless solid state microphone system “with the clarity and detail” according to Blue. It’s fully compatible with the Bottle Caps, an interchangeable capsule system used with Blue’s Bottle mic, which lets you add an array of tonal characteristics and pickup patterns on the fly.

The Stage Two BottleRocket is a transformerless tube microphone. It is also compatible with the Bottle Caps and comes with B8 capsule as well as a custom shockmount, 5-conductor tube mic cable, Blue’s Powerstream power supply and an ATA flight case.