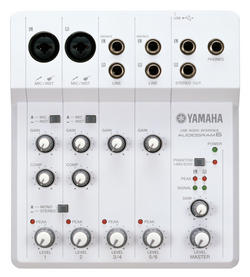 Yamaha is not only shipping their latest pocket recorder, they have also announced that they’re now shipping the previously announced AudioGram interfaces (previous post).

The AudioGram series is intended for “recording music from instruments, microphones, CD players or MP3 players” but can of course be used to record anything. It connects via USB and includes Cubase AI.