How One Music Group Becomes a Part of History, While Another Makes It

When it comes to country music, one of the hottest vocal groups around just got a big surprise: Little Big Town was asked by another country superstar, Reba McEntire, if they would like to be inducted into the Grand Ole Opry. Any country music fan worth their salt knows this is about the biggest honor an artist can earn.

In the meantime, they have released a new album that is sure to climb the charts. This group is a power to be reckoned with, and they are finally getting the recognition that they very much deserve. For many years, Little Big Town would be the opening act for other country superstars such as Rascal Flatts and Keith Urban, but their days of being “just the opening act” seem to be far behind them. 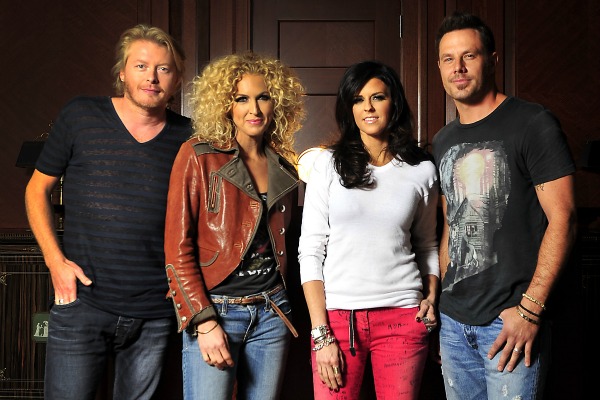 When the group saw McEntire come on stage, they knew that something big was about to happen. The quartet had tear-filled faces with excited wide eyes, and when they said yes, the audience erupted into raucous applause.

Little Big Town professes to greatly respect the Grand Ole Opry and its long history; truly, it’s any country artist’s dream to be a part of such a tradition. Having been together for many years, the group expressed their belief that the Opry is the best place on earth to sing. The invitation to join meant that the band has come full-circle.

They will be inducted on October 17th, 2014 by fellow superstar Vince Gill. In the meantime, hits like “Tornado,” “Boondocks,” and “Bring it on Home” are still wildly popular with their fans, but their new album “Pain Killer” hits retail stores on October 21st. Looks like the month of October has great things in store for Little Big Town.

Fans of Little Big Town, or any country artist, can use smart phone technology to find all the latest and greatest music that the industry has to offer. With so many music apps on the market today, there is no reason why someone who is a music fan can’t utilize the newest mobile technology to find the songs they relate to.

There’s no doubt that the music industry needs the technology that has evolved in the mobile world. The growth of mobile technology has allowed musicians to promote their music in a way they never could before. Take U2, for example. Just last month, U2 gave away free copies of their new albums to anyone who has an account with iTunes in an unprecedented move. Of course, Apple also gave users the option to opt out of the album being downloaded onto their devices.

This clever marketing tactic, however, may have set the stage for many others to follow their lead. Up-and-coming bands like Little Big Town can coordinate the release of new albums with the release of new mobile devices that, according to Cheap Phones, will be available shortly.