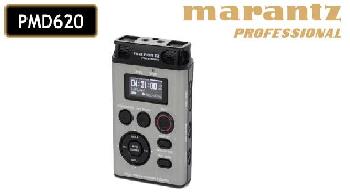 Want MP3 Podcasts without much work, then why not try using the Marantz PMD-620, which records straight to MP3, no conversions necessary. this has been a common problem with podcasts, wav files are too large yet are the easiest ones to edit for they contain very detailed sound information. Mp3’s however are easier to transport and are smaller in file size thus more economical for all to use. The PMD620 has been around for quite sometime and it has been used by many a podcasters. Marantz is considered to be one of the best producer’s of audio equipment along with their other powerful digital recorders they have managed to keep their edge with their robust design and powerful tools that are built-into the specific gadgets. Though the market is flooded with tons of cheap and feature-loaded podcasting gear, there are only a few who manage to come up with the best combination of quality and affordability. Though not cheap, it is comparable to some of the more expensive recording equipment. But if speed is of the essence you can either connect the device to your PC to download the sound data onto the net or have it saved in MP3 form you then transfer through the built-in memory card to your devices.
Editing is available in two modes and it records for hours on end on four double A batteries. The MP3 can be configured to 192-32kbps and at wave recording mode at 44.1 to 48khz which is high in terms of quality. it is also considered to be one of the smallest digital audio recorders with storage capacity dependent on the SD/SDHC memory card that is installed.